The city of the two seas

The village is famous for the shape of its territory. The historical centre unfolds in a strip of land perched on the two bays, connecting the most ancient part of the village to the land.

The biggest bay, called “Baia delle Favole” (Fairy-Tale Bay) was named by the TV presenter Enzo Tortora during an episode of Campanile Sera, broadcast in the 1950s from Sestri Levante. The other bay, the smaller one, was called “Baia del Silenzio” (Silent Bay) for the first time in 1919 by the Ligurian poet Giovanni Descalzo who lived in Sestri Levante.

At first known as Segesta or Segeste, Sestri Levante was founded by the Ligurian Tigulli. After a great splendour in the Roman Era, it declined during the barbarian invasions, and the residential area started to expand on dry land. After being a feud of the Fieschi, counts from Lavagna, in 1100 it became property of the Republic of Genoa, that had a castle built there for defensive purposes. In the 13th century, it was chosen as administrative centre for the county. The village was point of contention for different noble families in the 14th century: in 1327 the Castracani family attempted to siege the town and in 1365 the Visconti family too. The Republic of Venice then tried to take possession of Sestri Levante but was unsuccessful. The village was damaged and sacked by the Turkish and Saracen pirates in 1542 and 1607. 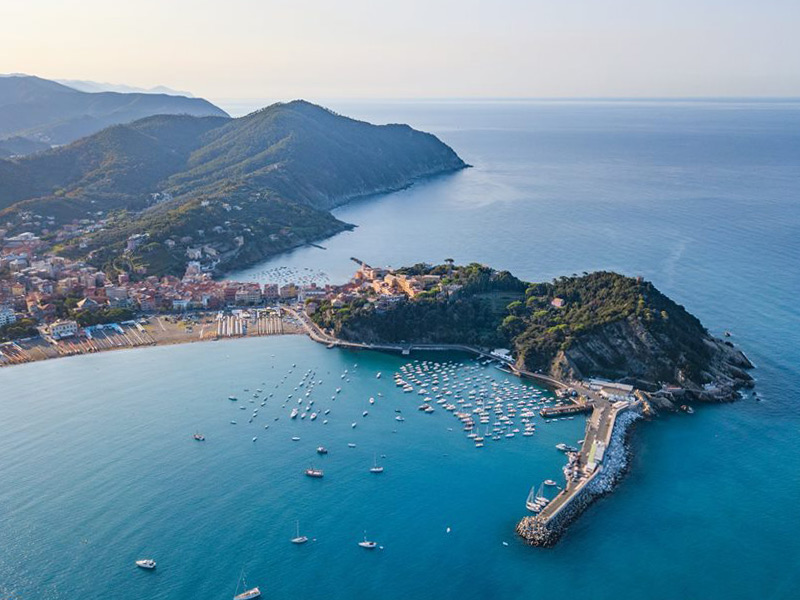 A magical village steeped in history, with a fairy-tale atmosphere, constant source of inspiration for poets and writers.

Sestri Levante hosts, since 1967, the most prestigious Italian prize for children literature: the Literary Award H.C. Andersen – Bay of Tales.
The award takes his name from the Danish writer and poet Hans Christian Andersen who, wandering around Europe in the 1800s, discovered the Bay during a trip to the Italian Riviera and fell in love with Sestri Levante.
He stayed in an inn perched on the Baia del Silenzio. He was 28 years old, not famous yet, and was incredibly charmed by the beauty of the place to find there inspiration to write some of its best fairy tales. 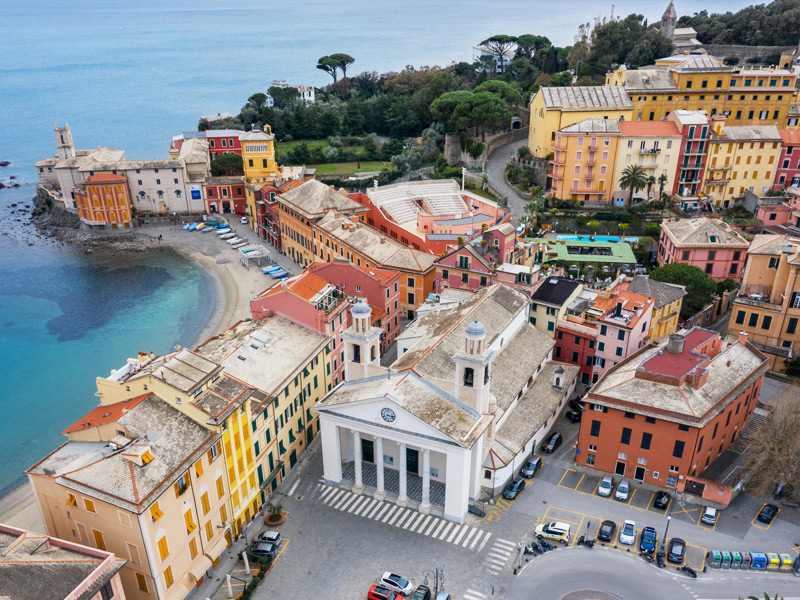 Amazing buildings as evidence of the past

An evidence of the town glorious past is the great number of buildings, residential and religious ones.

The Church of San Nicolò dell’Isola, dating back to 1151, is the most ancient church of the town, originally Romanesque style and then renovated in Baroque in the end of the 15th century.

The Church of Santa Maria di Nazareth, built in the 17th century, hosts different paintings from the Baroque and one wooden statue by Anton Maria Maragliano. The Church Immacolata Concezione, built in 1688, Medieval style, not far from the Baia del Silenzio, hosts a statue of the Virgin dating back to the 18th century, in addition to some religious paintings by Domenico Fiasella.

And lastly, in the heart of the ancient village, there is the church of San Pietro in Vincoli, built in 1640 by the monks.

The most important buildings are located in the city centre, among which there are Palazzo Fascie, hosting a public library and the MuSel (Sestri Levante Archeological Museum). The offices of the Municipality are in Palazzo Durazzo-Pallavicini, built in the second half of the 17th century. The Palace hosts a painting by Francesco Bassano, portraying the Adoration of the Three Wise Men.

Source of inspiration for scholars, writers and scientists since a very long time, Baia del Silenzio is considered one of the most enchanting places of the Italian Riviera.

Many eminent hosts stayed there: the writer Hans Christian Andersen, the composer Richard Wagner, the scientist Guglielmo Marconi, who carried out various experiments in the Marconi Tower, and Arthur Vaan Schendel, famous Dutch writer who since 1921 started to spend much of his time in Sestri Levante with his family, in the majestic Casa Bianca, perched on the Bay.

With its crystal-clear water and fine sand, Baia del Silenzio was ranked in the TripAdvisor Travelers’ Choice Beaches Award 2018, and 5th in the Top 10 Travelers’ Choice Italian Beaches in 2019. Sheltered by the massive promontory of Punta Manara and enclosed by the typical pastel-coloured Ligurian houses, it became one of the most popular destinations during the Grand Tour in the 19th century. 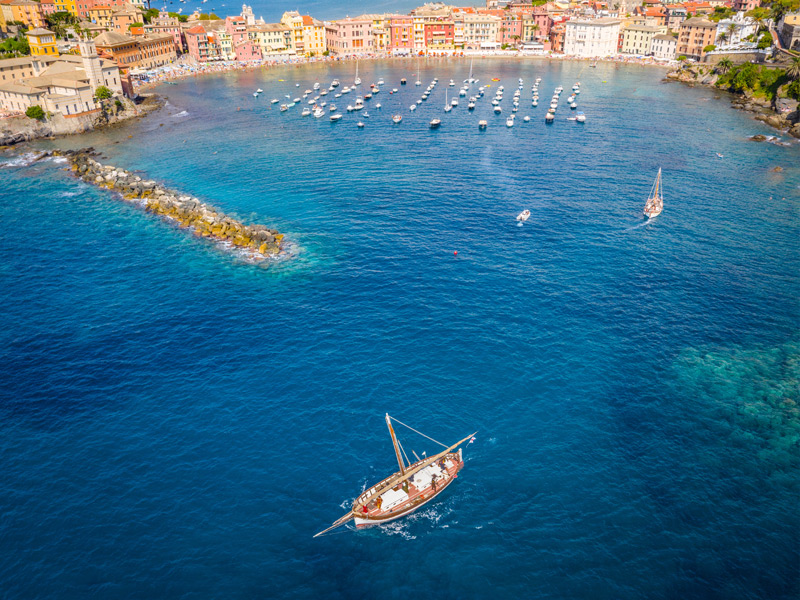 How to get there

Motorway (Autostrada) A12, exit Sestri Levante: the city centre is about 1 km from the toll booth.
Sestri Levante is also crossed by the highway SS1 Aurelia.